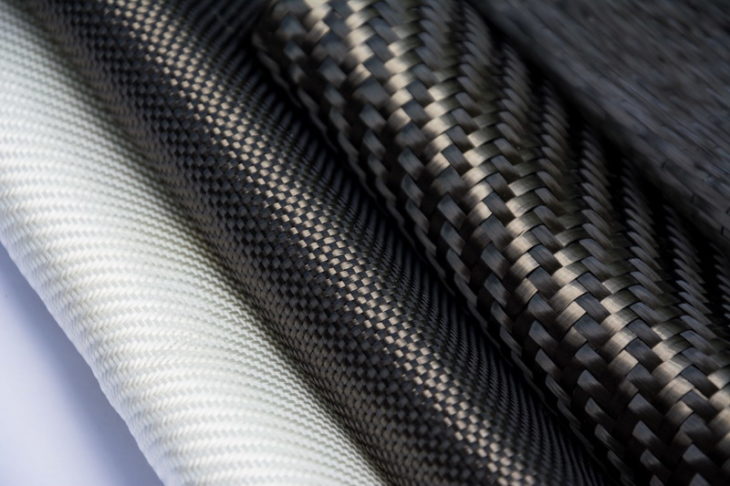 Imagine the amount of carbon fiber waste a company like Boeing produces on an annual basis. Every carbon fiber part they fabricate produces waste of some sort. And of course, there’s tons of carbon fiber just sitting in retired planes doing nothing. A German company aims to change that with new technology they are combining with a modified spinning machine.

The spinning machine in question is a ring spinner that now produces as much as 80% of all the yarn used in the world. In its native state, the machine is unsuitable for spinning carbon fiber threads due to the guide that keeps filaments in the right place during spinning. The guide is too sharp for carbon fibers, causing them to break as they travel through the guide.

Germany’s AeroLas has solved that problem by redesigning the mechanics of the ring. They have removed the ring’s traditional metal bearings and replaced them with compressed air that fills in the gap. This allows for a curved, rounded guide that is more friendly to carbon fibers.

Modifying the traditional spinning machine is important enough in that it makes for a more efficient spinning of virgin carbon fiber thread. But that’s not the most important thing here. What trumps spinning virgin thread is the machine’s ability to spin new threads comprised of recycled carbon fibers and another technical fiber.

Understanding the importance of this breakthrough requires first understanding what happens to recycled carbon fibers. To begin with, it is not economically feasible to attempt to ‘melt down’ large pieces of carbon fiber waste in hopes of freeing the woven material from the epoxy resin surrounding it. It doesn’t work well and, even when it does work, it is costly.

As such, carbon fiber waste is generally chopped and shredded before fibers are separated from resin. The end result are small pieces of carbon fiber filaments that resemble what a piece of cotton thread would look like if it were chopped into hundreds of pieces.

According to Salt Lake City’s Rock West Composites, shredded fibers are currently used to create non-woven fabrics that can still be mixed with epoxy resin to create a carbon fiber reinforced plastic. The finished products do not have the same structural integrity as similar products made of virgin carbon fiber. The AeroLas machine changes that.

AeroLas’ modified spinning machine accepts shredded carbon fiber filaments and combines them with a technical fiber to create a brand-new thread that can then be used to create woven fabrics. AeroLas has already engineered a prototype yarn made from a combination of chopped carbon fibers and polyamide 6. The company showed off the yarn at the recent JEC World 2019 exposition to rave reviews.

AeroLas has also offered samples of the new yarn to additive manufacturers for their own testing. The company says they have seen positive results thus far. They believe both their spinning process and the yarn itself have a lot of potential for the future.

Recycling has long been an elusive goal for the composites industry. Plenty of smart people have been working on cost-effective ways to reclaim carbon fiber waste so as to prevent it from filling landfills while at the same time offering manufacturers a less expensive material to work with.

To date, recyclers have been limited in what they can offer. That’s why this new technology out of Germany is so exciting. It could turn the whole recycling paradigm on its head. Here’s hoping it proves to be exactly what engineers say it could be.