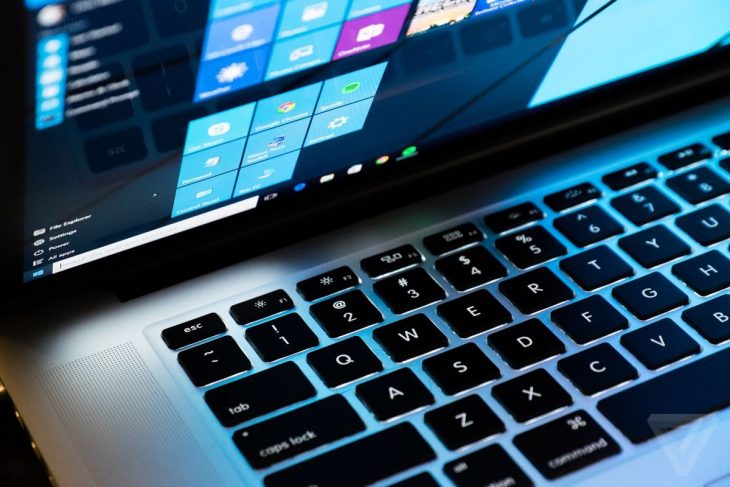 Your Mac’s operating system is reliable, powerful, and simple to use. You have access to many powerful apps like GarageBand or iMovie and it seamlessly integrates with other Apple devices. Many people choose to install Windows on their Macs.

Boot Camp is a tool that Apple has created to help people who use Windows on Macs. This allows you to partition your Mac so that you can run Windows and macOS on one side.

These are the top reasons to install Windows on your Mac.

It doesn’t take long to see people praising the advantages of PC gaming over consoles like Xbox and PlayStation. A PC has better graphics, faster frame rates, and more mods.

However, most of these PC benefits are only available for gaming on Windows and not macOS.

You can still download Steam to search for new games but only a small fraction of the available games will work on your Mac. Most developers don’t bother making macOS versions of Mac games because there isn’t a lot of Mac gaming. Windows gamers have a relative wealth of choices.

Even games that work on Macs will not run as smoothly on Macs. You might notice a performance boost if you install Windows on your Mac to run the same game without changing any hardware.

2. Some Apps Don’t Work On MacOS

Windows isn’t just favored by PC games. Many engineers, researchers, architects, or other specialists are tied to Windows by particular industry-standard software which isn’t compatible with macOS.

As Mac computers grow in popularity, this issue will likely become less important.

Macs are gaining more market share each year. This encourages more developers to integrate macOS into their software. Some popular apps, such as Adobe Photoshop or Microsoft Word, work on both platforms. However, many others work only with Windows.

It is difficult to work to develop software, apps, or websites. Testing your software to identify bugs, errors, or other issues that need fixing is one of the most tedious and time-consuming parts of the job.

You need to test your software in both Windows and macOS to ensure it works well. Sometimes, an app can work flawlessly on one OS but not on the other. You won’t discover the truth until the public is exposed if you don’t spend enough time testing it.

If you don’t have separate Windows or macOS computers, the easiest way to do it is to install Windows on your Mac. This allows you to use one computer to test your project in any operating system that you choose.

You don’t have to stop at Windows. You can also install Linux on your Mac if you’re interested in developing software for other operating systems.

4. Macs Are Some Of The Best Windows Computers

The Mac is slim, light, and durable. They have great speakers and high-definition displays. While Apple has made mistakes in the Mac department, they are still extremely well-made computers.

Macs are often ranked among the top computers on the market. Even if Windows users are fervent followers, the hardware of a Mac is hard to beat.

Apple provides world-class customer support and will help you install Windows on your Mac. Apple cannot help with Windows issues but can assist you in installing the operating system.

You can run Windows on a Mac and switch to macOS whenever you need. You can get the same flexibility on a Windows laptop by creating a Hackintosh. This can often mean replacing certain components which can be costly and time-consuming.